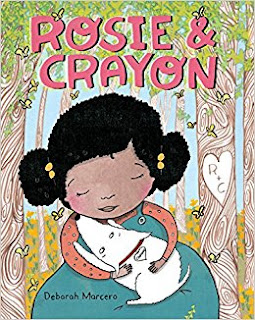 Rosie and her pup Crayon are best friends. The short, poetic text tells readers how Crayon fills Rosie's world with color and happiness, and each spread beautifully highlights a different color. Of course, pets don't last forever, and Rosie is plunged into a sad gray world. One day a neighbor shows her a missing pet poster--he's lost his cat Inky. Rosie half-heartedly searches for the missing cat, and when she finds it she allows herself to remember Crayon and feel happy alongside her sadness. Instead of breaking, she finds her heart has grown. A grief/losing a pet story that isn't too intense for storytime fills a valuable gap, and this one fits the bill nicely.

Until one day, after a long and colorful life, Crayon was gone.

The sky filled with clouds that pinched out the sun.

Black became suitable. White worked like an eraser. And gray could mask almost anything. Rosie's heart zipped itself up, and the world became a cold, colorless place. 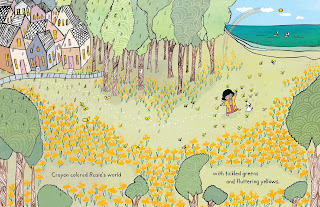 Phoebe Sounds It Out 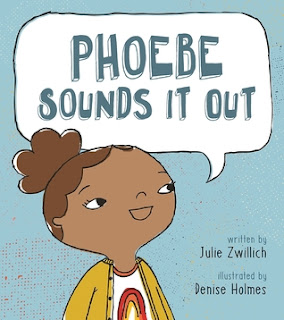 I love when a book surprises me. I expected this book to be a bit didactic, or at the very least follow the proscribed path of struggle, positive attitude, success/belief in self, but instead it allows Phoebe to just...be. It doesn't need to connect the dots for the readers, and I love that. Today at school the children are practicing writing their names, but Phoebe's name doesn't match the letters and sounds she has learned. After procrastinating and goofing off a bit, Phoebe gives it her best shot. Instead of telling readers what it should be, or having Phoebe learn a Lesson, her "Feeby" is simply accepted and praised by her teacher, "What a great start."  A perfectly encouraging and sweet story that makes a perfect tie-in for any name-writing activity.

Phoebe had seen her name before. Mama had even stitched it on her ladybug backpack. But it started with a "P" and a had a whole lot of other letters that didn't make sense. Phoebe figured her mother had made a mistake. She didn't want Mama to feel bad about it, because everyone makes mistakes, even mamas.

Phoebe put down her pencil and picked up another one. Then she held it under her nose and pretended it was a moustache. Ms. April was floating around the table singing quietly, "Just sound it out."

Phoebe sounded out the first letter of her name. "Fffff." This was certainly not her her name began on her backpack. P was for popcorn and pencils. She knew the letter that made the right sound: one line and two sticks. 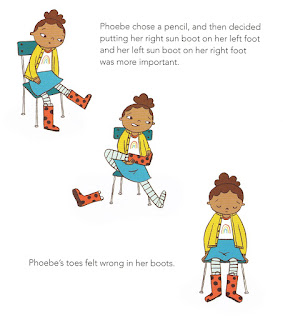 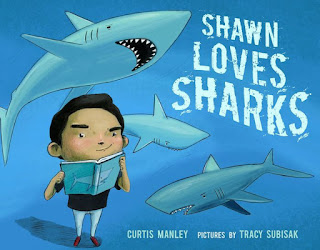 Shawn loves sharks. No, he really loves sharks. But when the predator project at school is announced, Shawn gets...Leopard Seal. And Stacy, his favorite person to torment when pretending to be a shark at recess, gets Great White Shark. Sharks eat Seals. But Shawn learns to appreciate seals, and enjoys running from the Shark, er, Stacy during recess. Shawn goes from being a great shark, to a great seal, to a great friend. A sweet story about predators, open-mindedness, friendship and sharing, this would be a good fit for school visits, classroom read-alouds, and older storytimes.

Sample text from two spreads:
At home, Shawn looked through his shark books hoping that what he remembered about sharks and seals was wrong. It wasn't wrong.
He hoped Stacy wouldn't find out. She found out.

Tuesday on the playground, Stacy leaned close and said, "Did you know that sharks eat seals?" Shawn nodded. "But not if they can't catch them!"
Stacy opened her mouth very wide and ran as fast as she could, but she couldn't catch Shawn. 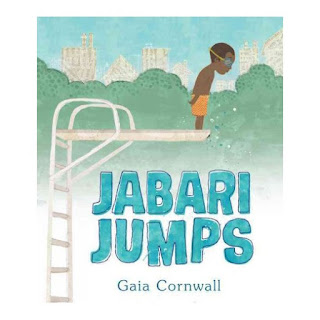 Ooh, I love this one and can't wait to use it in storytime. Jabari has graduated from swimming lessons, and is ready to conquer a jump off the diving board...probably. At the beginning of the day, he oozes confidence, but as he approaches the diving board, his confidence wavers and he employs some stalling techniques to hide his fear. But with patient support from his loving dad...Jabari jumps. Not too wordy for storytime, with large clear illustrations and a simply told but relatable narrative, this is storytime perfection.

Sample text from the wordiest spread:
Jabari watched the other kids climb the long ladder. They walked all the way out to the end of the board, as bit as tiny bugs. Then they stood on the edge. They spread their amrs and bent their knees and sprang up! up! up! And then they dove down, down down.

"Looks easy," Jabari said. But when his dad squeezed his hand, Jabari squeezed back. 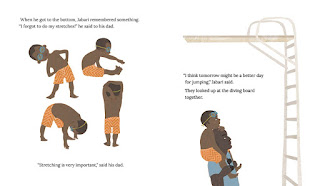 The Ring Bearer by Floyd Cooper 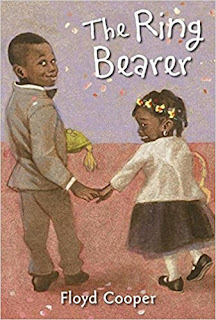 Weddings may not be the most common theme for storytime, but nervousness is universal. Jackson is very nervous about his role in his mama's wedding--he has to carry the rings! He's also nervous about calling Bill "Dad" and getting a new little sister, Sophie, who is the flower girl in the wedding. Grandpa helps get them ready to walk down the aisle--slow and steady--but Sophie forgets and is about to trip on a stair when Jackson catches her and saves the day. Jackson finds the confidence and comfort he needs within himself in this sweet read-aloud.

Sample text from two spreads:
Grandpop helps them practice, shows them how to walk down the aisle slow and steady. "That way you won't trip," Grandpop says like he knows just what's in Jackson's heart. But Jackson is worried anyway.

The music starts and Sophie takes off. Grandpop nudges Jackson to get him going, too. Jackson walks slow and steady while Sophie skips ahead, ignoring Grandpop's advice. Mama's having a wedding, and Jackson has an important job to do, and no matter what Sophie does, he will not trip down the aisle! 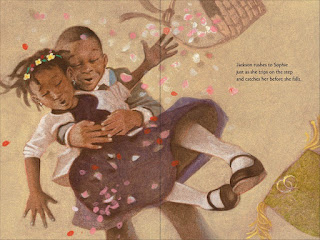 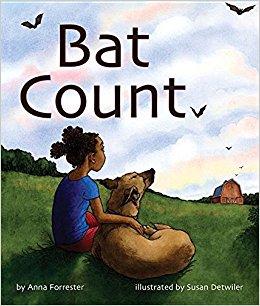 Jojo prepares a campfire, waiting for the rest of the family to come out for their loving evening ritual to watch and count the bats that emerge from their barn. Years ago, there were many bats, but the population has dwindled due to disease, and the family participates in 'citizen science,' counting and reporting the bat population numbers. Drama is introduced into the story since they are down to a single maternal bat, and they hope that they will see her with a baby, signaling growth in the population again.  The family relationship is warm and the story is well-told, making this a good tie-in for STEM programs, and older storytime groups.

Sample text from opening spread--this is a longer story.
The sun is dropping behind the ridge and the red-winged blackbirds have quit their squalling, so I know it's almost time. Mom and Dad wash the dishes while I gather twigs. When my hands are full, I carry them down to the fire pit and pile them into a little teepee. I'm allowed to build fires on my own. "You know the way, Jojo," Mom says, "just keep and eye on our baby boys!" 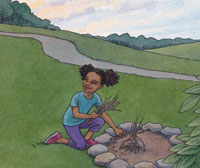 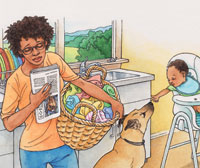 Round by Joyce Sidman illustrated by Taeeun Yoo 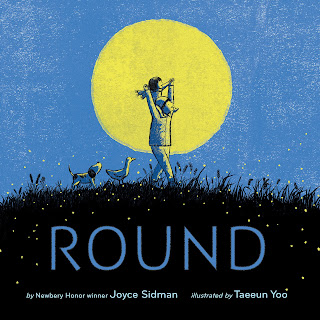 Round by Joyce Sidman illustrated by Taeeun Yoo (2017) #ownvoices

Look around—what round things do you see? For a little girl who loves round things, this book explores the many places she sees her favorite shape, and the sensory delight she finds in roundness. This book doesn’t rhyme, but Sidman’s chops as a poet are on full display in the first-person narrative. The words, as smooth and rich as a ripe berry, burst in your mouth and beg to be read out loud. Yoo’s illustrations are soft and lovely, inviting readers to spend time looking. Just lovely!

Sample text from final three spreads:
I can be round, too…in a circle of friends with no one left out.
Or, I can curl by myself in a warm, round ball.
I love round things. 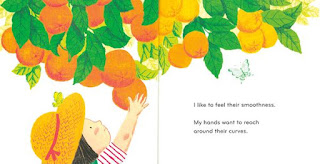